Here's another round of Hard cover verse Paperback
ALL these books are out in hard cover but have a paperback release coming up... (links go to goodreads) 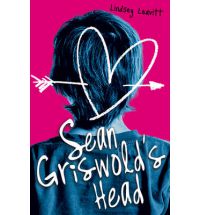 Hard cover                    paperback
Sean Griswold's Head by Lindsey Leavitt
Hard Cover: I was first very much attracted to Lindsey Leavitt's YA debut because of the cover. I LOVED the old school black board, the blue and the green, the graffiti-like feel. I'm a fan. A HUGE fan. I stood out to me, hey.

The paperback. Sigh. I don't know guys. What do you think? Someone convince me it's cool. Maybe I'm not a fan of the muted blue against a dark pink? I DO like the arrow/heart on his head idea but it doesn't have the same cool factor as the hard cover for me. Also, the guy on the paperback seems younger than the one on the hard cover ~ a fair bit younger, with a smaller head and not so broad across the shoulders. The paperback is also much more girly and is giving me an 80's vibe for some reason?


Verdict: I'm going for the hard cover all the way...

Hard cover        paperback
Sorta Like A Rockstar by Matthew Quick
First off ~ this book looks completely awesome and has had the FIVE STAR SEAL OF APPROVAL from some trusted friends of mine. I really can't wait to read it, hey. (Paperback is available for pre-order now and is coming out in April)
While I like the hard cover (especially the text colours and design) I think the paperback ROCKS HARD. I love the images, the diagonal title and I am CRAZY about the cartoon-y/doodl-y/scribbles and graffiti on it.
Verdict: I'm loving the paperback.

Hard Cover        Paperback
This gorgeous Game by Donna Freitas
I like both these.
Hard Cover: is impressively striking, visually arresting and PURPLE!
Paperback: has a completely different vibe BUT I still think it matches the book. I love the model and her shirt and the title all in lower case. I LOVED this book and while it is intense in parts ~ it's also beautifully written and ache-y and introspective and I think the paperback may reach a wider audience?
Verdict: I'm torn. I'd be proud to own either of these...

Hard cover             Paperback
Zen and Xander Undone by Amy Kathleen Ryan
Okaaaaaaay. Has anyone read this one? I'm semi-interested...
Hard Cover: while I like the concept and the actual image is fine the overall vibe has me thinking it's a book from the 90's, you know? I think it's all the white space and the black and pink stripe?
Paperback: Makes me think of The Chosen One (Carol Lynch Williams). And while it's fine as a cover ~ I have NO IDEA what it has to do with the actual book. Does it match the feel of the book? I'm thinking it's giving it a more literary/tragedy feel?
Verdict: I am more attracted to the paperback ~ but it doesn't particularly excite me 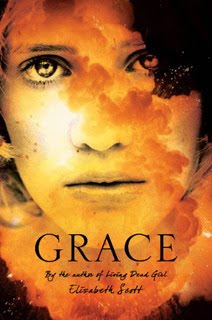 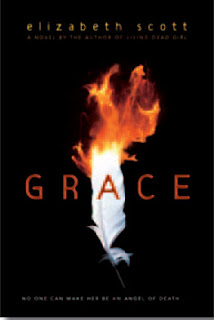 Hard cover            Paperback
Grace by Elizabeth Scott
Hard Cover: WOW. It's stunning and every time I look at it ~ I just get drawn into the girls eyes. They are completely arresting and haunting. The orange, yellow, black thing grabs me. It's pretty amazing.
Paperback: I do lilke the symbolism with the burning feather, stark on a black background. It reminds me (just a smidgen) of John Green's Looking for Alaska cover ~ maybe just because of the design concept and the black thing?
Verdict: I can't go past the hard cover.
Your thoughts? Any here you hate/love/are torn on?
Have you read and loved any of these?
I've read This Gorgeous Game and LOVED it (in a could not put it down way) and the rest are books that are hovering aroudn on my want-to-get-my-hands-on list)
at March 19, 2011

Email ThisBlogThis!Share to TwitterShare to FacebookShare to Pinterest
Labels: Covers