The Gorgon in the Gully by Melina Marchetta + giveaway

Beyond the basketball courts and classrooms of St Raph's is a gully where everything disappears forever. Danny Griggs has heard stories about a creature that lives down there. So why does he volunteer to face the Gorgon when he's been petrified of everything all his life?


A gentle story about overcoming fear and looking at things from all angles, from best-selling author Melina Marchetta.


The Gorgon in The Gully is Melina Marchetta's 2010 debut for middle readers.


I bought this book for me my boys, Sam and Reuben. 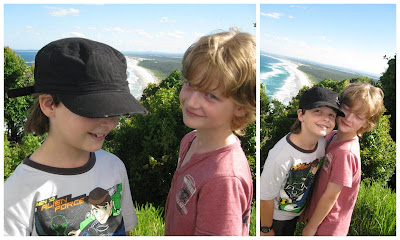 Danny Griggs, our protagonist, is in grade 4 and he's an Australian boy, so right from the start my boys related. Even though it is perfect independent reading level for both Sam and Reubs, this is one we saved for me reading out loud to them at bedtime.

We read this a couple of months back (I am perpetually behind in talking about books ;)) but Reuben is currently rereading it in quiet reading time at school, which reminded me to come and chat on here about it.

Reviews from my boys


Sam: The Gorgon in the Gully is awesome and funny. I hope a sequel comes out because I would like to read it. My favourite character was Jonah Griggs because he was a cool big brother and he buys Danny stuff off ebay. My favourite part was the end because I didn't know what was going to happen.

Reuben: I reckon it's pretty funny how it actually says what a Gorgon is on the internet. Even though they probably don't even exist. I like it how they thought it was a real Gorgon in the gully but ... [had to edit him out, a tiny bit spoilery!]. I like how they were always making strategies and planning things. Akbar was funny but my favourite character is Danny because he is the one who is brave enough to go down in the gully even though he is scared of a lot of stuff.

From me: The Gorgon in The Gully is classic Melina Marchetta. It's not only charming, funny and intriguing but it is full of of heart. I love how Marchetta brings a cast of characters together. She has a gift for taking random, at-odds characters and creating community. Not only community amongst her characters, but they come to life for me as a reader and I feel like I belong in the community too. I love her dialogue, which bounces off each character so well.

Above all, the characters are so endearing.. It's a brave and smiley story, I think it would charm any child. It's especially perfect for boys, I am amazed (although I shouldn't be) just how Marchetta writes as if she is inside a ten year old boys head. Danny was captivating, what a charmer! (He is going to be a heart breaker when he grows up).

As for reading it to my kids: They loved it (one more chapter, Mum!). They laughed out loud. So. Much. (particularly Reuben, he kept laughing at lines that I didn't think were supposed to be funny, LOL.) They loved the culture references, from Indiana Jones to Beast Quest, and the inclusion of cricket and soccer and playground antics. It oozes Aussieness from the reference (meat pies) to the way the kids hack out on each other to show affection. The humour builds right through to the climax, with running jokes and clever motifs. It was fun to read out-loud (I owned Akbar's Mum;s Indian accent ;)) and it was so awesome to read word-for-word Aussie slang/terms the whole way through (often when I read imported MG, I switch words like cafeteria to canteen, etc).

Danny waited for his brother Jonah to ring. Jonah was at a camp out bush for the next six weeks. There wasn't much phone coverage where Jonah was, but Danny's brother managed to find a spot every night to call. No matter what.

Danny loved it when his brother called him that because Jonah was his bestest friend in the world even though he was nine years older than Danny. (p 14)

LOL @ the phone coverage!  There's some gorgeous little snatches in there for Jellicoe fans (here's one teaser):

That night he (Danny) asked Jonah if he could take $9.49 out of Jonah's secret stash that only Danny and his mum and jack knew about. Jonah kept it in his sock drawer next to a photograph of Jonah and a girl with sad eyes, taken in one of those railway station booths. (p30)

Oh, I got very nostalgic for Jellicoe while reading this book. The above quote just about broke my heart (as I swooned a little) thinking about Jonah and Taylor again. As for Jonah as a big brother, he is fiercely protective towards Danny, cheering the little guy on. I loved seeing Jonah  from Danny's perspective, his hero, tough and smart and pretty much invincible. I was also very touched by the conversation  between Jonah and Danny on pages 97 - 100.

Any fan of Melina Marchetta (or Jonah Griggs) would love this book.


My local didn't have it (we have the tiniest book shop here), I purchased my copy from The Nile  ($7.99 + free shipping) or see a full list of where to buy online @ Booko.


Giveaway: This one is a little hard to get internationally (sorry, guys) so I would love to give away a copy. I know Marchetta fans will be dying to get their hands on this charming little Aussie book.